Known internationally as one of the greatest violin makers of the second half of the 20th century, Renato Scrollavezza was born in Castelnuovo Fogliani (Piacenza) on April 14, 1927. His parents, laborers, moved to Noceto in 1930, where Renato attended primary school and began working in the fields. Since childhood he showed a marked inclination for drawing and his passion for music was even stronger. Above all he had an intense desire to play the violin, an instrument that had struck his sensibility during a public performance in his town square.

At the age of fifteen, having had the opportunity to examine a mandolin, Scrollavezza decided to make one for himself. A project that he accomplished, as self-taught, within a few months. However it was still the violin (or rather the intense memory of that day in the square and those poignant sounds) to occupy the boy's dreams. And in fact during the following seven years he made about thirty violins, still without any guidance. Then, at 24, he learned about the existence of a violin making school in Cremona, and he applied there presenting his latest instrument. Having received the encouragement from the director and teacher Peter Tatar, he enrolled in 1951 and completed the course in 1955. In 1954, while still a student, he took part in the National Violin Making Competition in Rome and won the silver medal, thus gaining his first public recognition. At the same time he had also the opportunity to make the acquaintance and receive advice from the famous Vicenza violin maker Gaetano Sgarabotto, who had been the founder in 1929 of the Parma violin making school, and who, by now elderly, had returned there ​​to spend the last years of his life with his son Pietro (luthier himself, who later occupied a fundamental teaching position at the Cremona school of violin making). In addition to Sgarabotto, Scrollavezza came into contact with other important makers from this period: Giacomo and Leandro Bisiach, Marino Capicchioni, Ansaldo Poggi, Ferdinando Garimberti. He also attended workshops held in Cremona by Giuseppe Ornati and Simone Fernando Sacconi. Despite his many awards, Scrollavezza saw his passion rewarded with some professional success only from the end of the 1960s. Being now an accomplished violin maker, he was assigned teaching positions: starting from 1975 at the Arrigo Boito Conservatory in Parma and at the Civica Scuola di Liuteria in Milan between 1979 and 1983. The year 1980 marked an important turning point in Scrollavezza's career: the master decided not to sell his instruments anymore albeit pressed by requests. His desire was to devote all his energies to pure research, on his own personal satisfaction, aiming at that balance between form and sound which represents, after all, the only true "secret" of string instruments. In this sense it is to be understood the creation of an entire Chamber Orchestra (1981-1984), a very rare example in the history of violin making. In 1988, the town of Genoa entrusted with Scrollavezza the position of curator of the famous "Cannone" by Giuseppe Guarneri del Gesù, Niccolò Paganini's favorite instrument.

From 2006 to 2014 he taught in the violin making school named after him and sponsored by the municipality of Noceto. The Castello della Musica in Noceto currently houses a museum of his instruments. 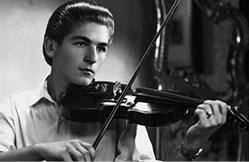 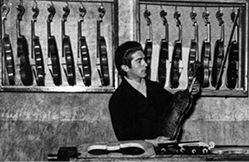 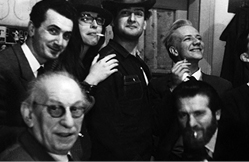 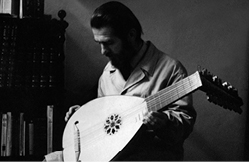 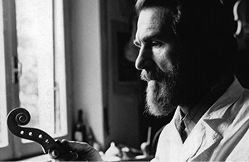 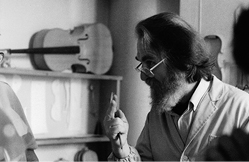 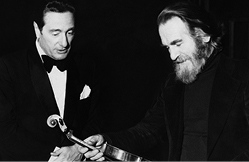 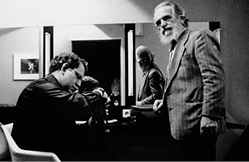 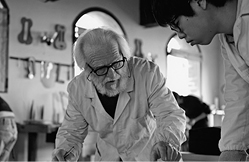